Hardcore
#1
In a for SCS pretty unusual teaser, they have released some screenshots without any description.
My guess is for those that wish ATS to get away from the desert, this looks promising... What's your guess? 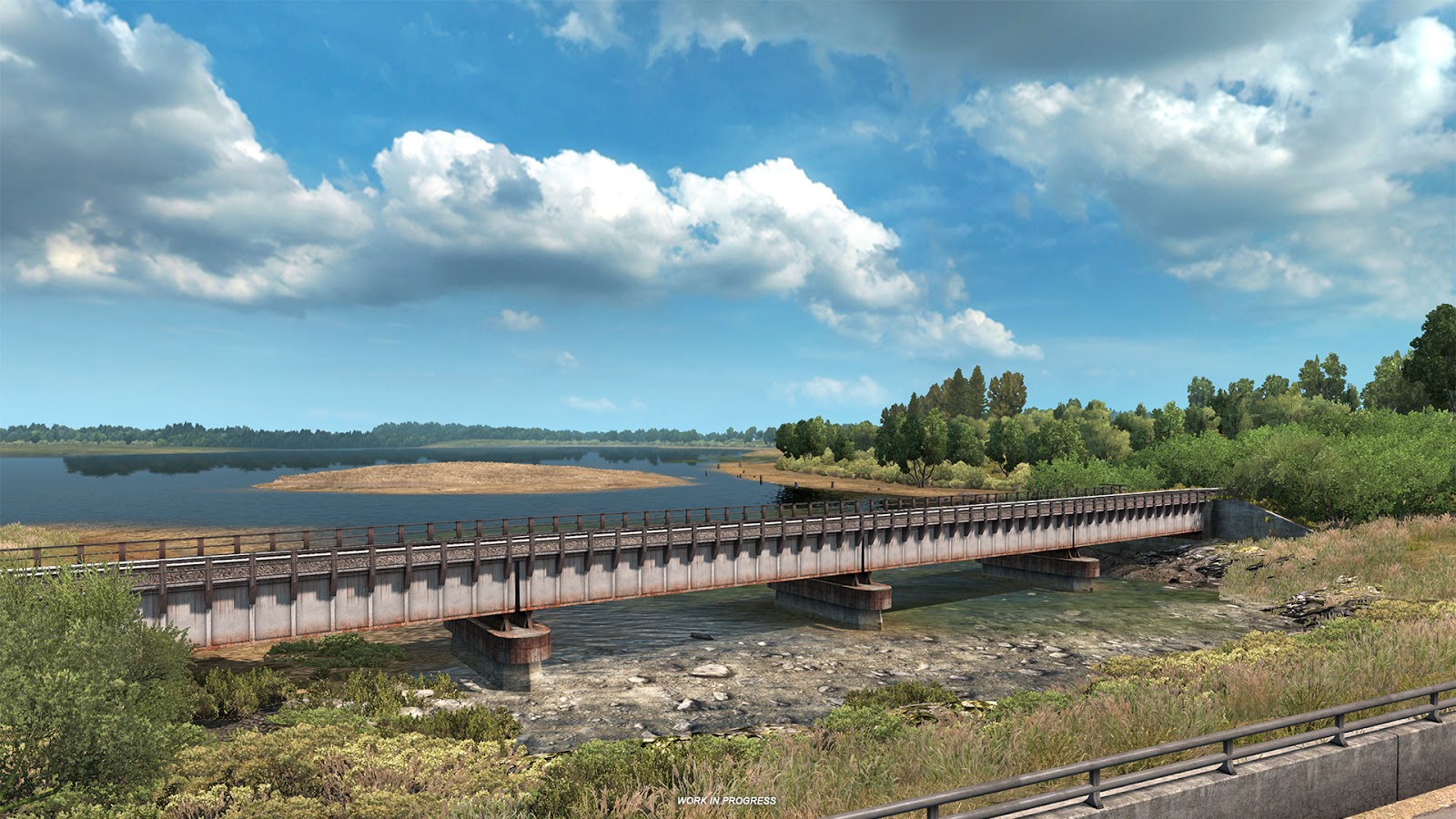 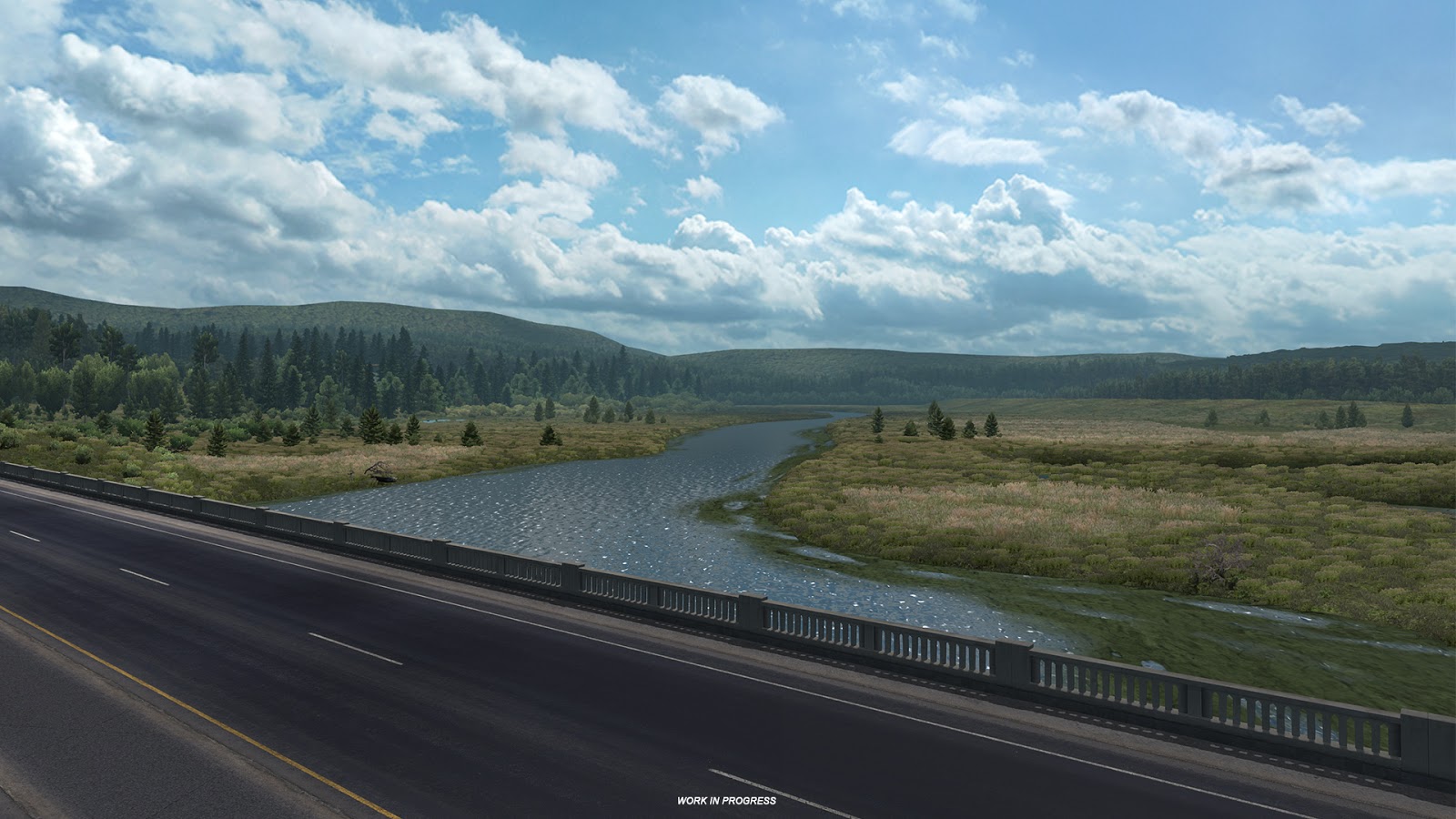 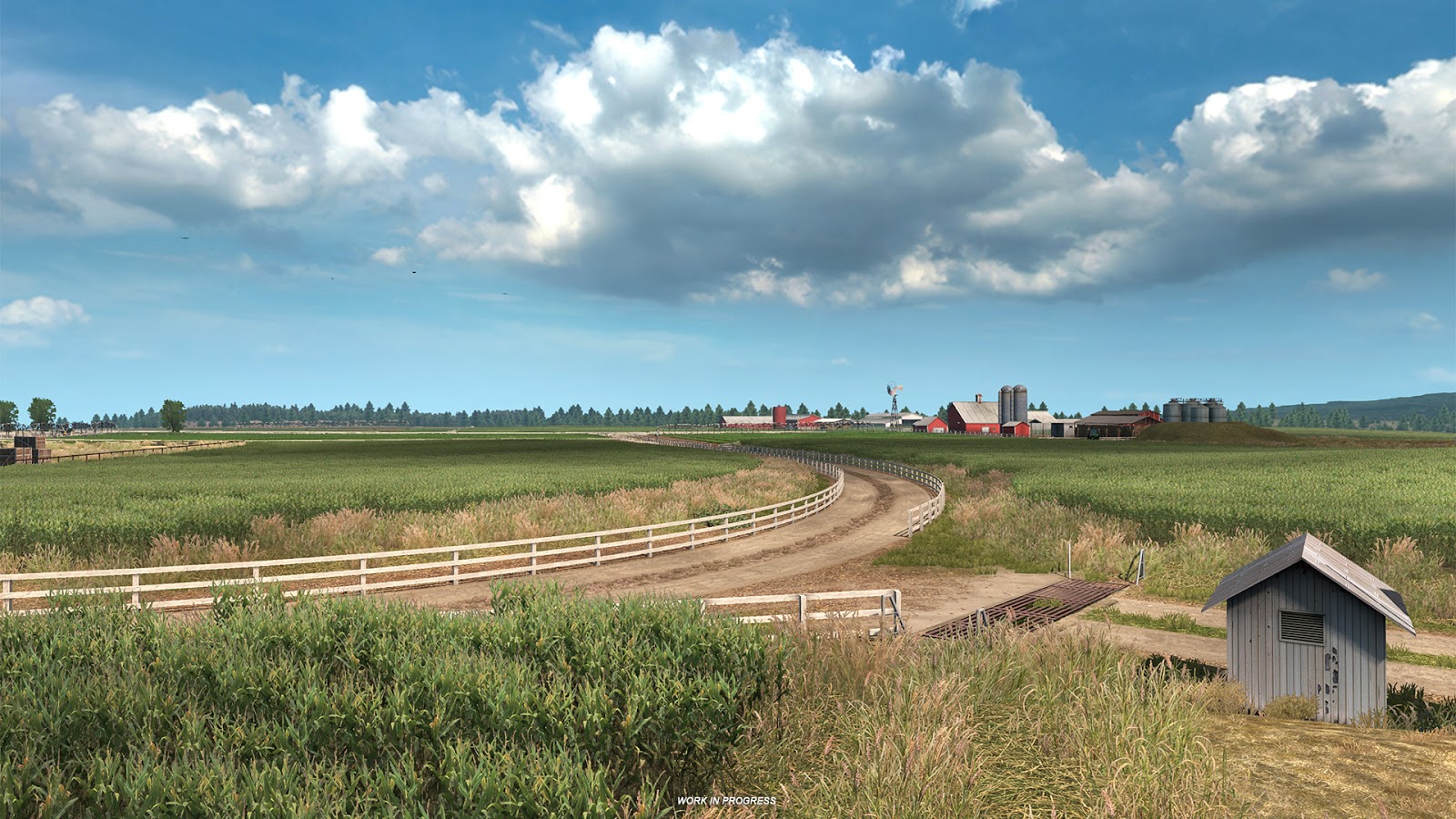 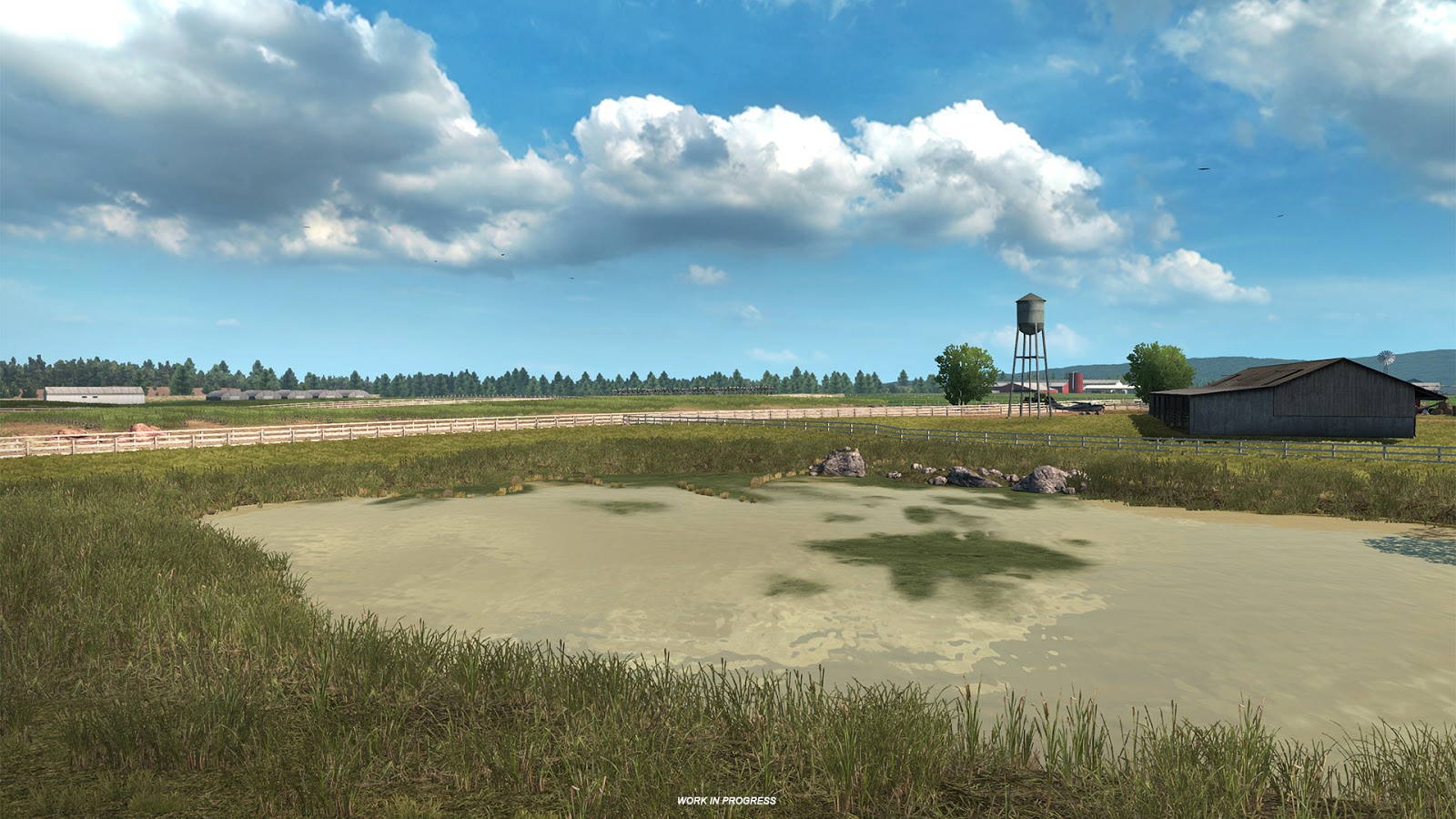 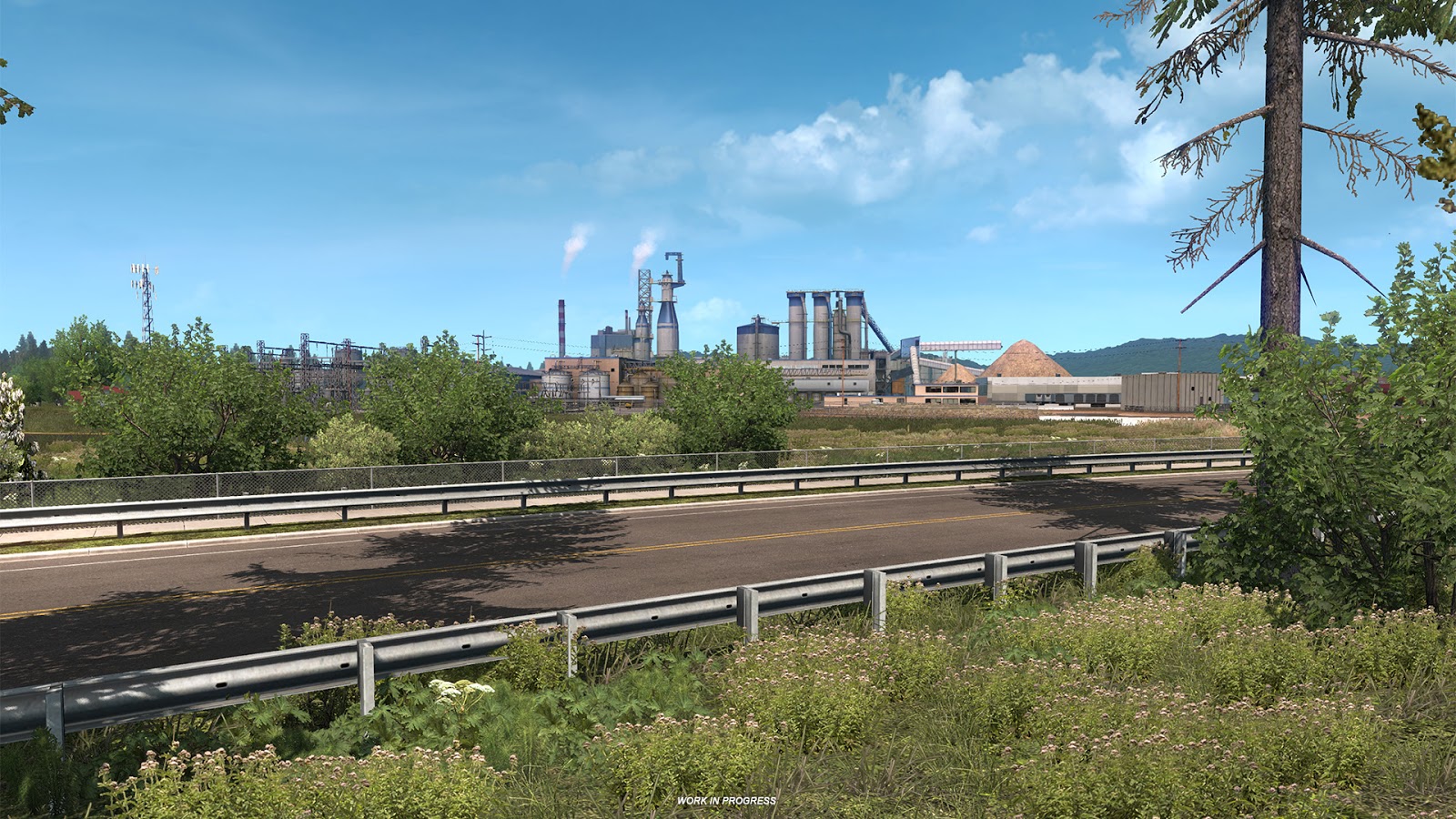 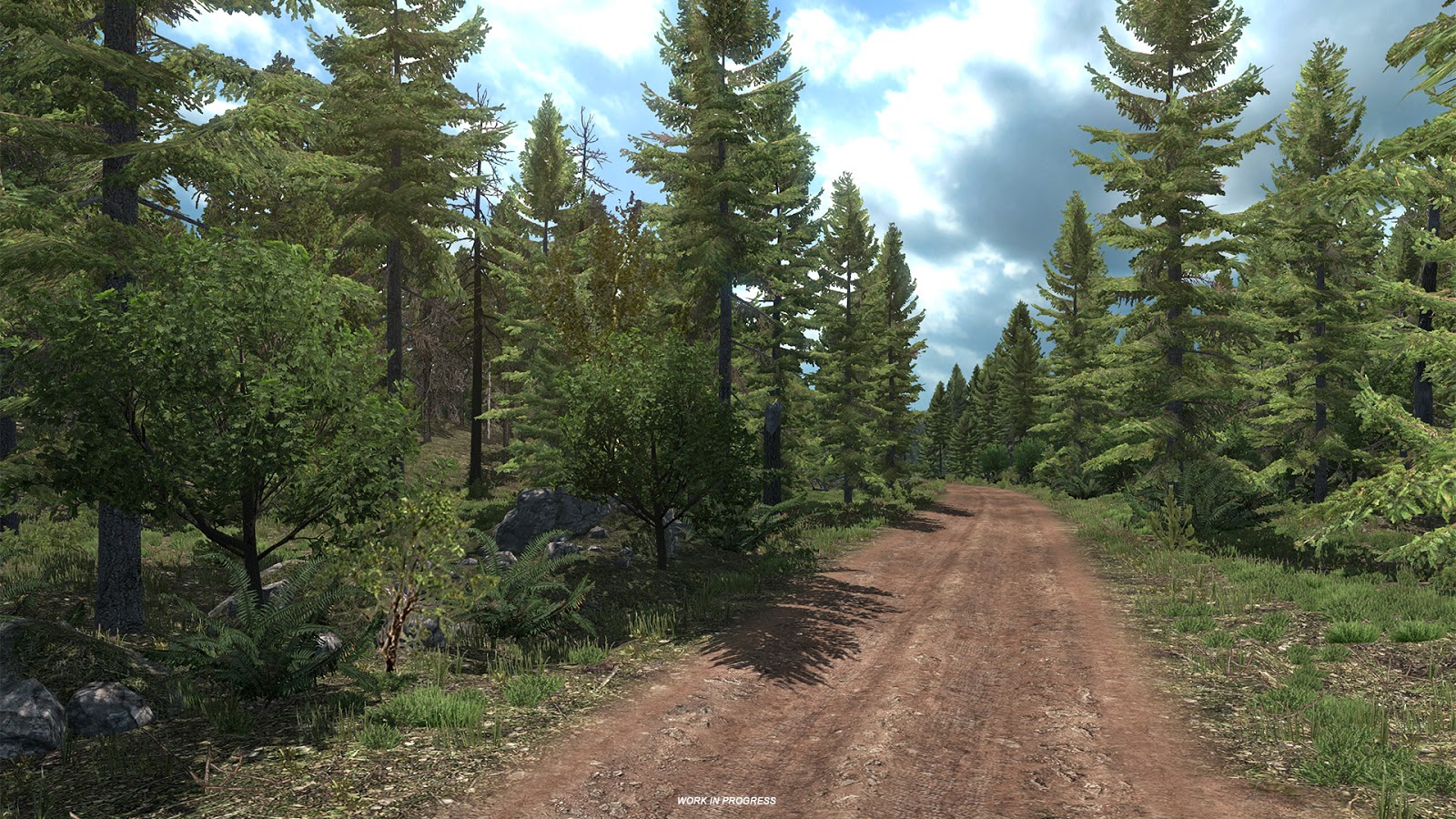 Staff member
Site Admin
#2
Showing ocean would most certainly give this away but given the current map, the mountains, the logging roads and timber my guess is Washington and Oregon.

They really are beautiful screenshots regardless of where they are.

Hardcore
#3
Do you think that the second picture is where the Deschutes river meets the Colombia river? I see similarity in mountain shapes, tree presence and guard rail type; 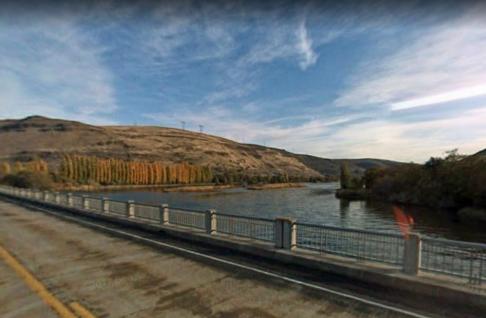 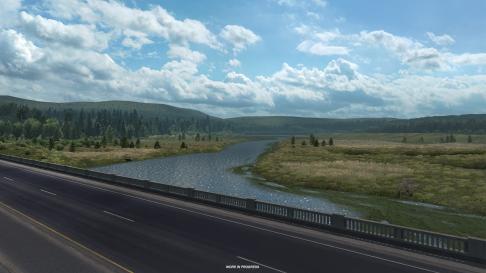 Hardcore
#4
I think I found the bridge in the first picture, The railroad bridge along Colombia river at Arlington?; 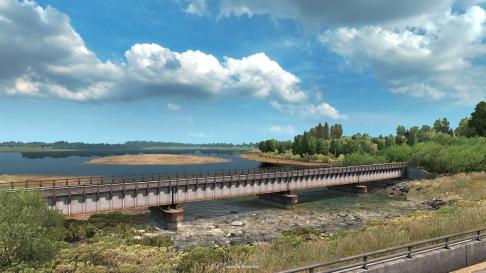 Very convinced this is Oregon Took me a few hours of google maps surfing though...

Hardcore
#5
And I think the 6th picture might be based on the International paper mill in Springfield, Oregon. Note the same main smokestack, smaller smoke stacks and main building orientation, same larger grey silo, smaller brown silo's, long slender silo, and especially the view from the road which has the same curve, guardrail/path/fence/bushes combo. Even the pine tree on the right is there.; 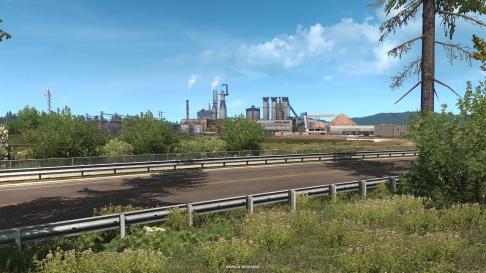 This picture just seemed like something I'd expect to see along the i5 but it was the reason I thought of Washington as this is what BC looks like and Washington is on our Southern Border:

In saying that I didn't spend a lot of time paying attention in Oregon as it was more a case of "get there, get back" with Oregon. The only thing I really did there was stop to do some ATV riding on sand dunes in Southern Oregon and then detour to drive up the Coast for a bit.

If it were Oregon I'd guess Northern as Southern is a bit dryer iirc.

Hardcore
#7
During the rescale, SCS mentioned their wish for having two map teams work simultaneously on ATS expansions;

SCS Thursday June 23 2016 said:
And in the middle of all of this, our hope is to grow the company enough to have two map designer teams working in parallel on growing North America both Northward and Eastward at the same time.
Click to expand...
Since we just had New Mexico released, and this upcoming one clearly being Oregon, it is most likely that their wish has come true, so I expect any next development to be both Northwards as well as Eastwards. Of Course Texas could be next, but don't let that fool you into thinking that the North side is not under development. There definitely is work being done on several fronts simultaneously

Staff member
Site Admin
#8
Hopefully this would translate to the next map expansions after Oregon and Texas being Washington and Idaho.

Although a part of me remains cautiously optimistic that they're working on Oregon and Washington at the same time.

Hardcore
#9
Officially confirmed by SCS; it indeed is Oregon

And what a beautiful change of scenery it indeed is
I'm also spotting quite a renewal of the wood industry assets, some new industry, new (very cool looking) trailer, more offroading; I'm definitely looking forward to this one! 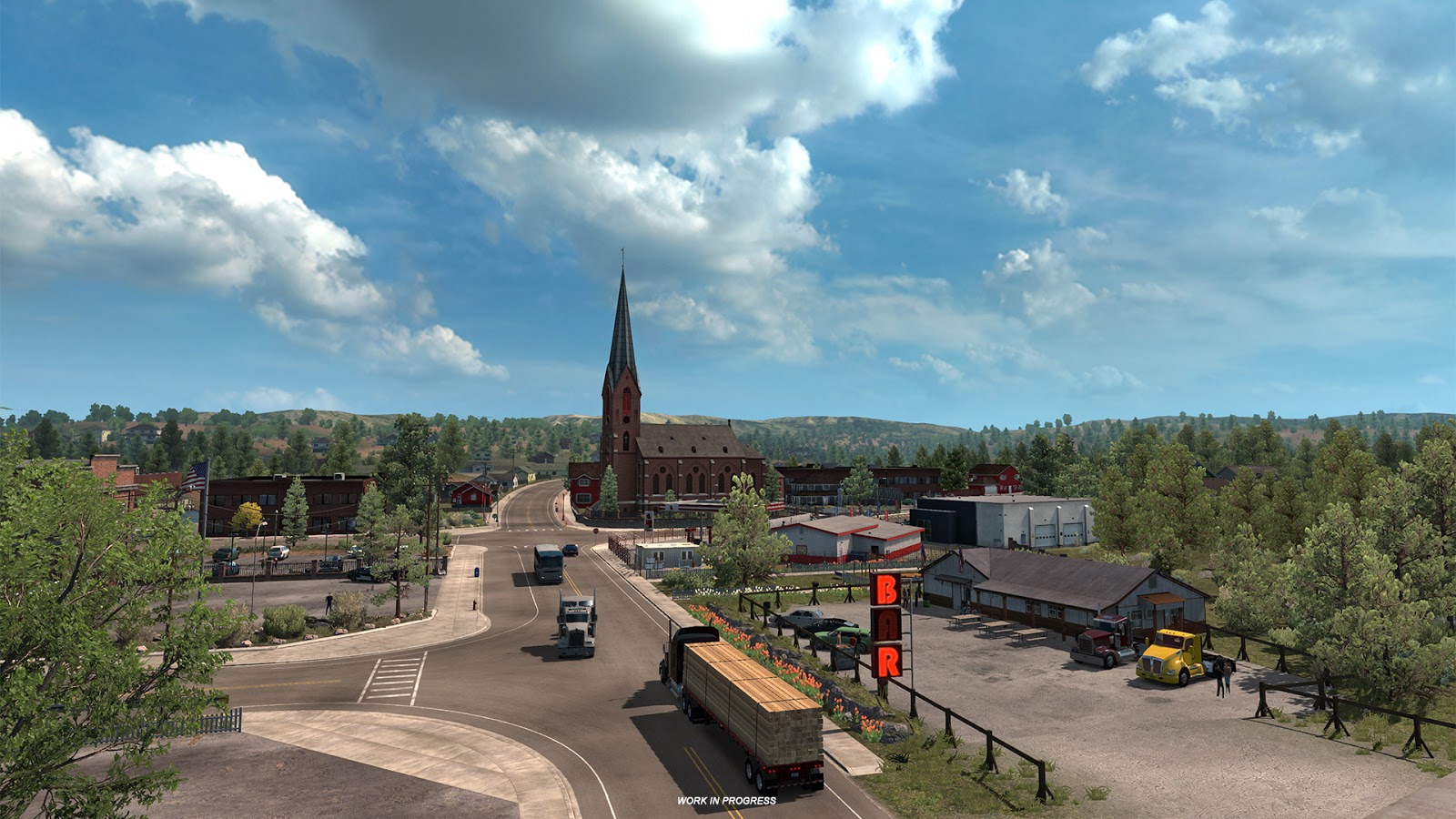 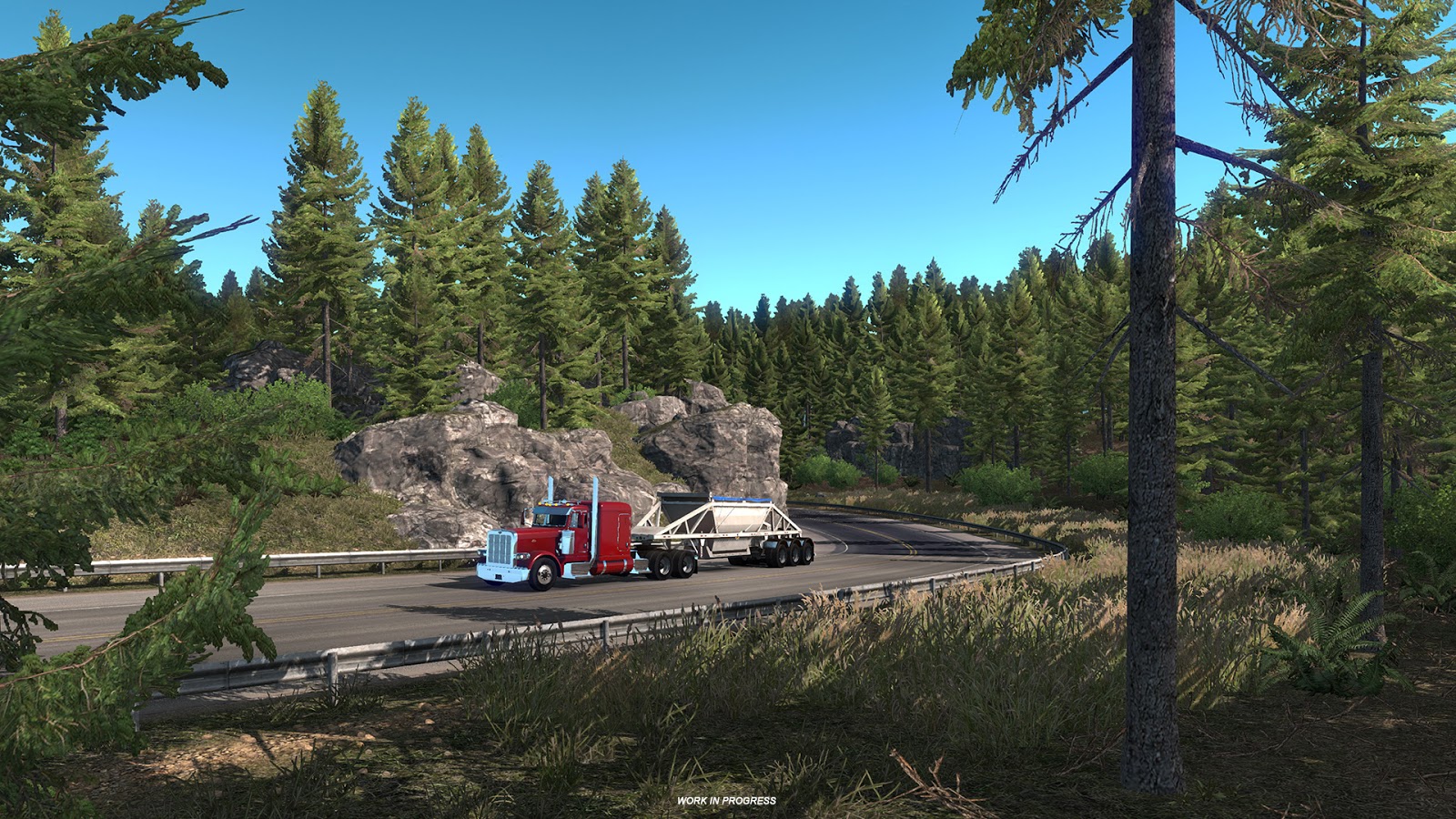 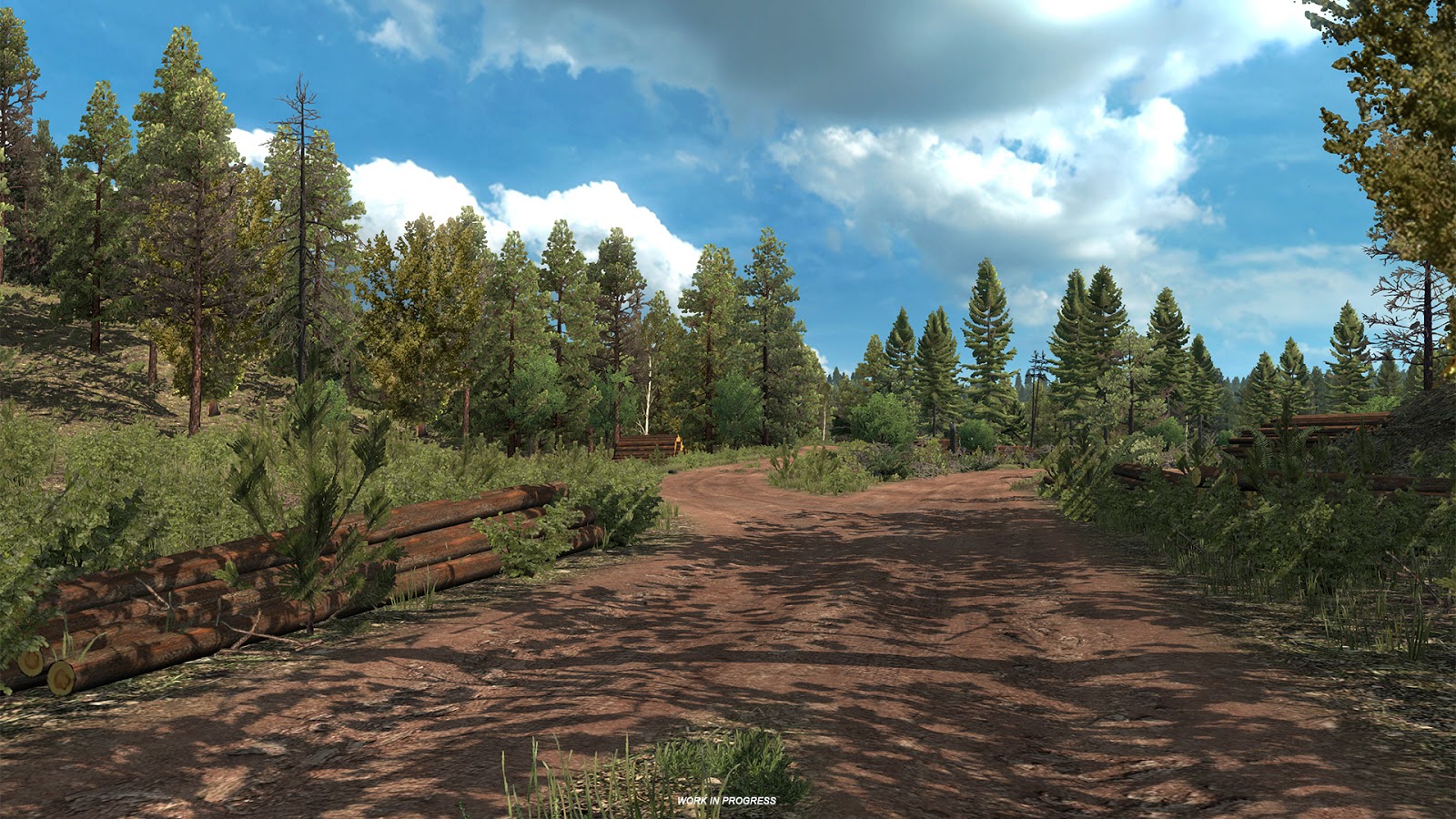 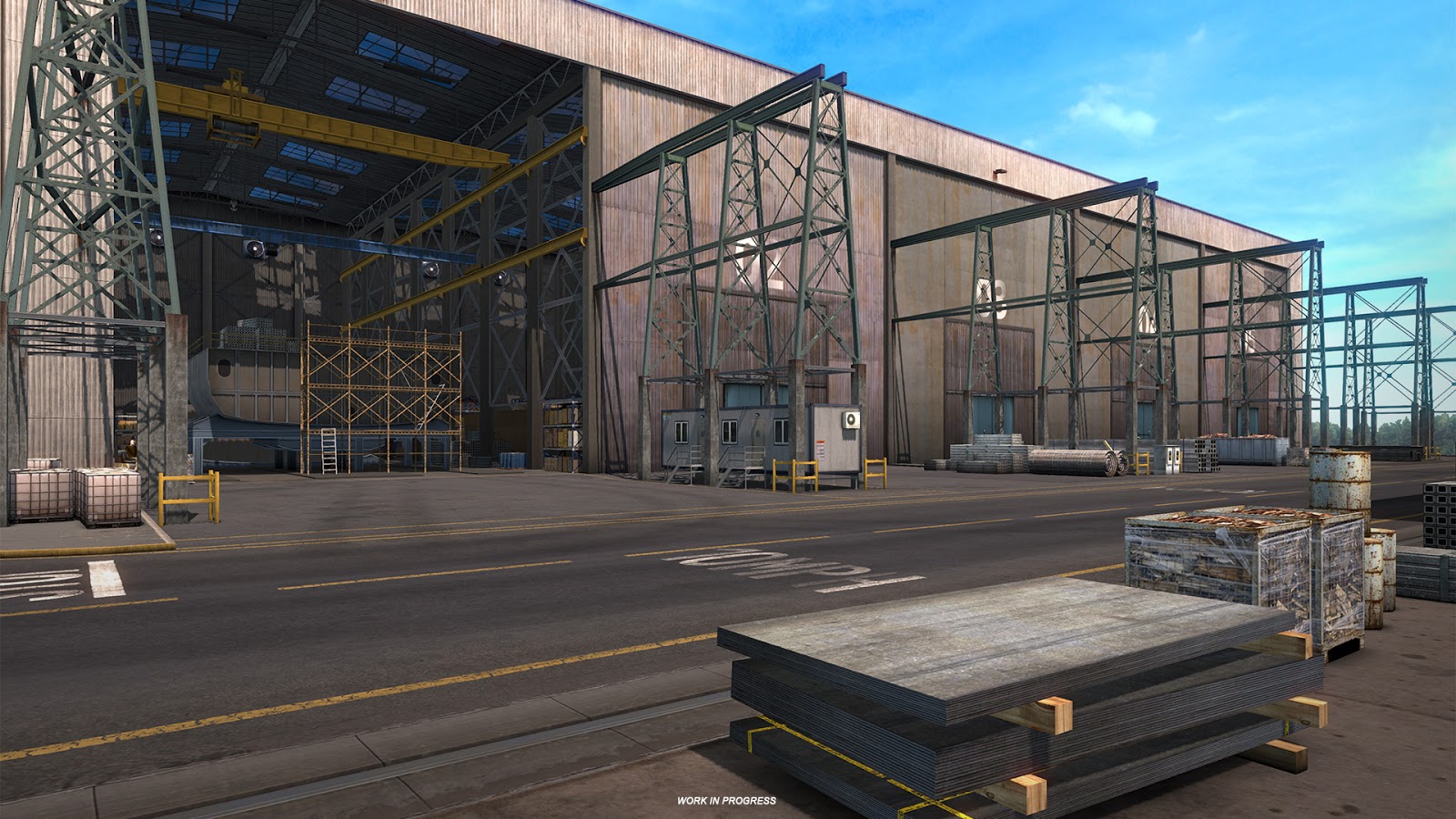 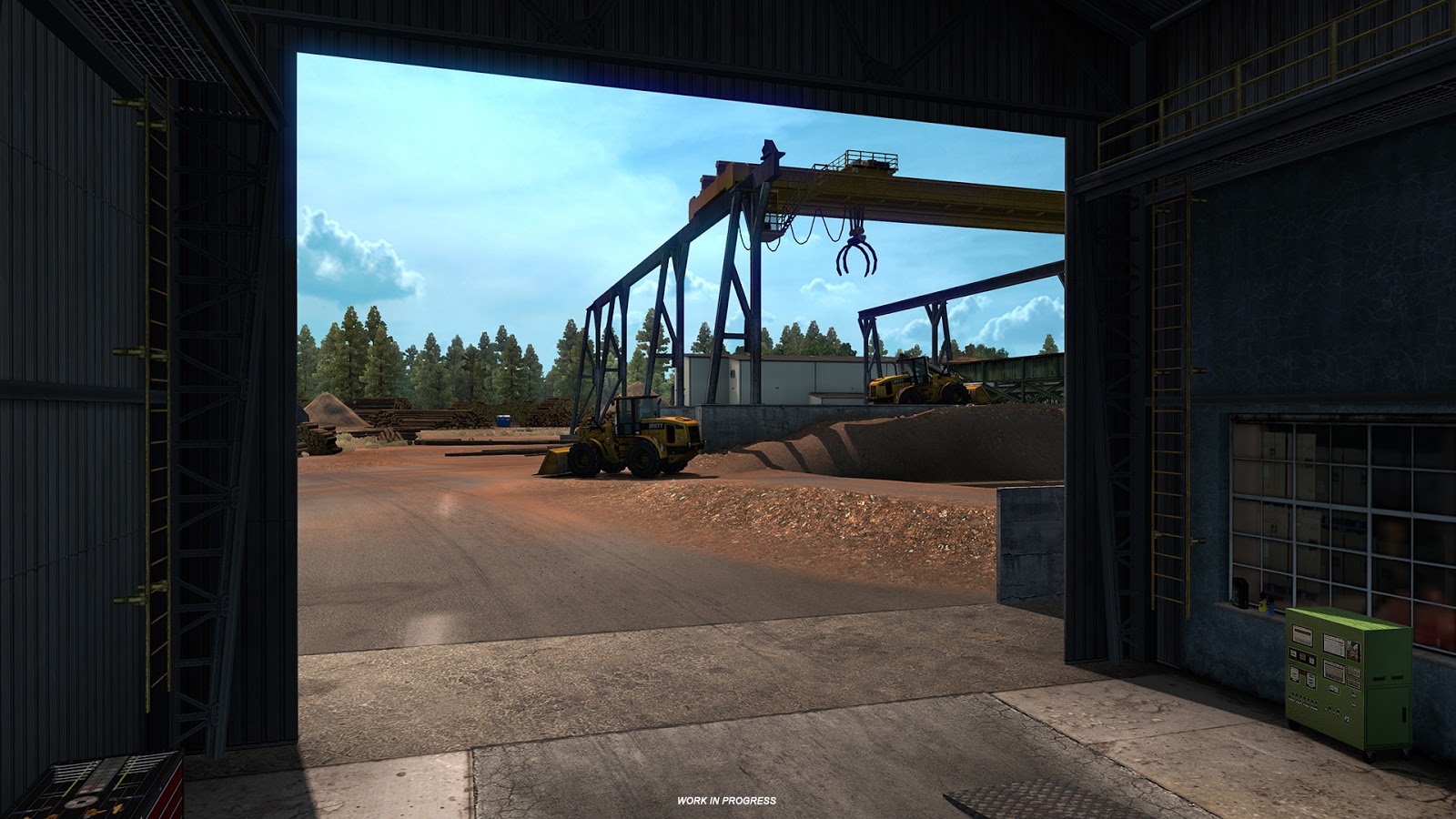 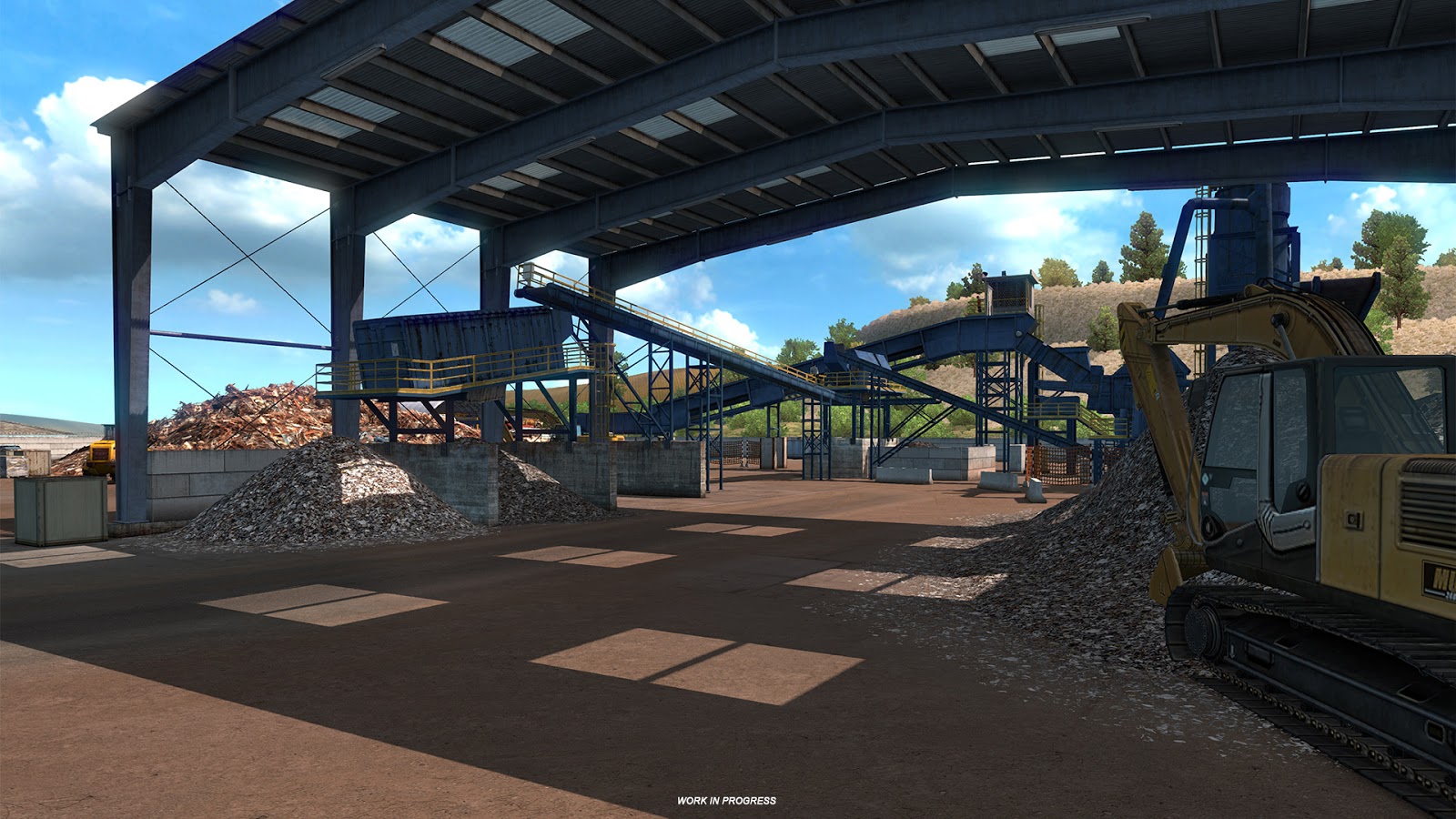 Staff member
Admin
#10
Wow with each of their updates you can see the level of detail improve.

The shipyard image (the one with the 2 skids with steel plates on them) looks very real.

Hardcore
#11
If you like the shipyard, SCS released some more pictures of this asset; 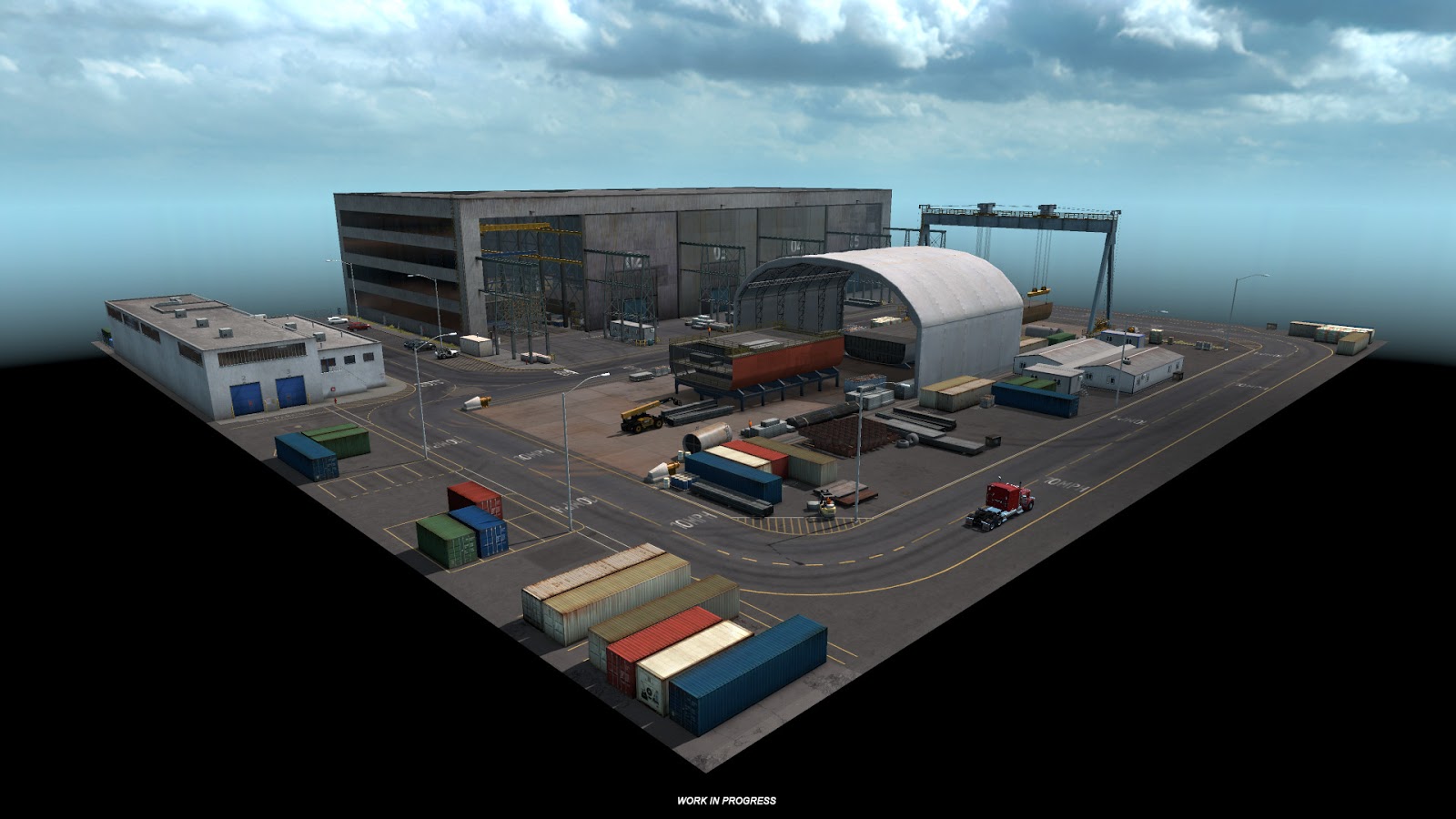 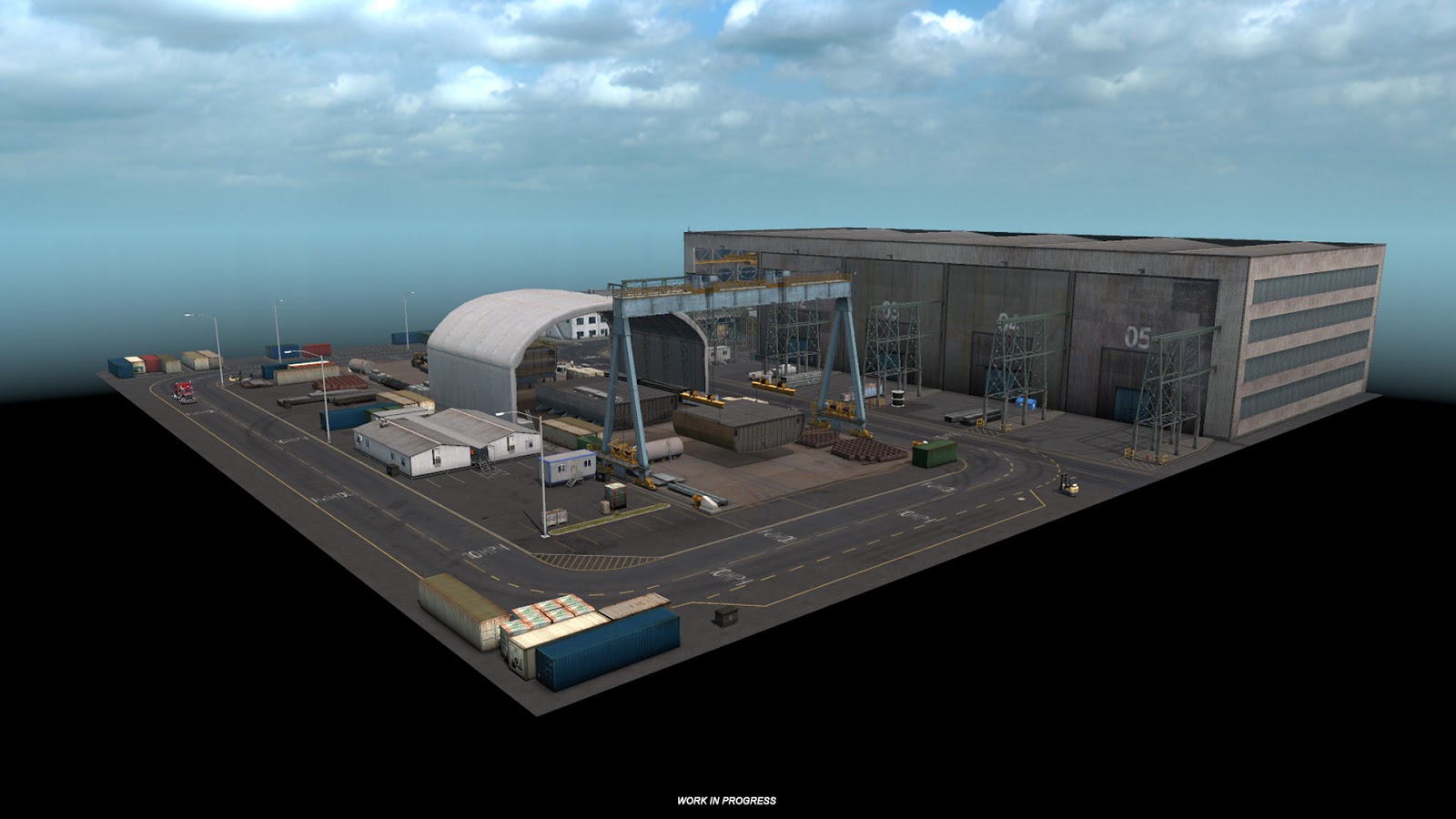 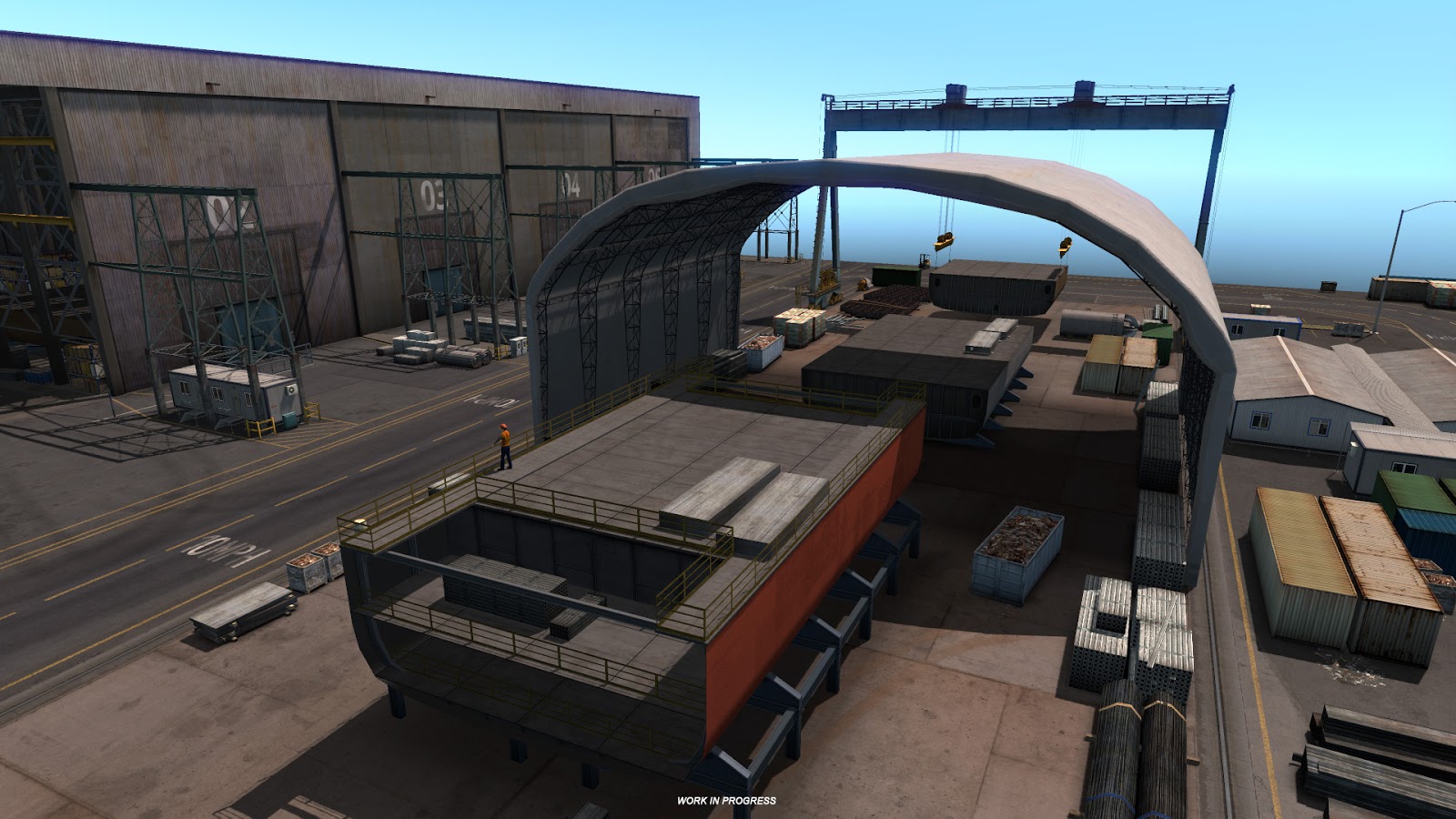 Hardcore
#12
SCS has released a couple more screenshots of the upcoming Oregon DLC, this time the part of the scenic road 101, the coastal road continuing Northwards from California; 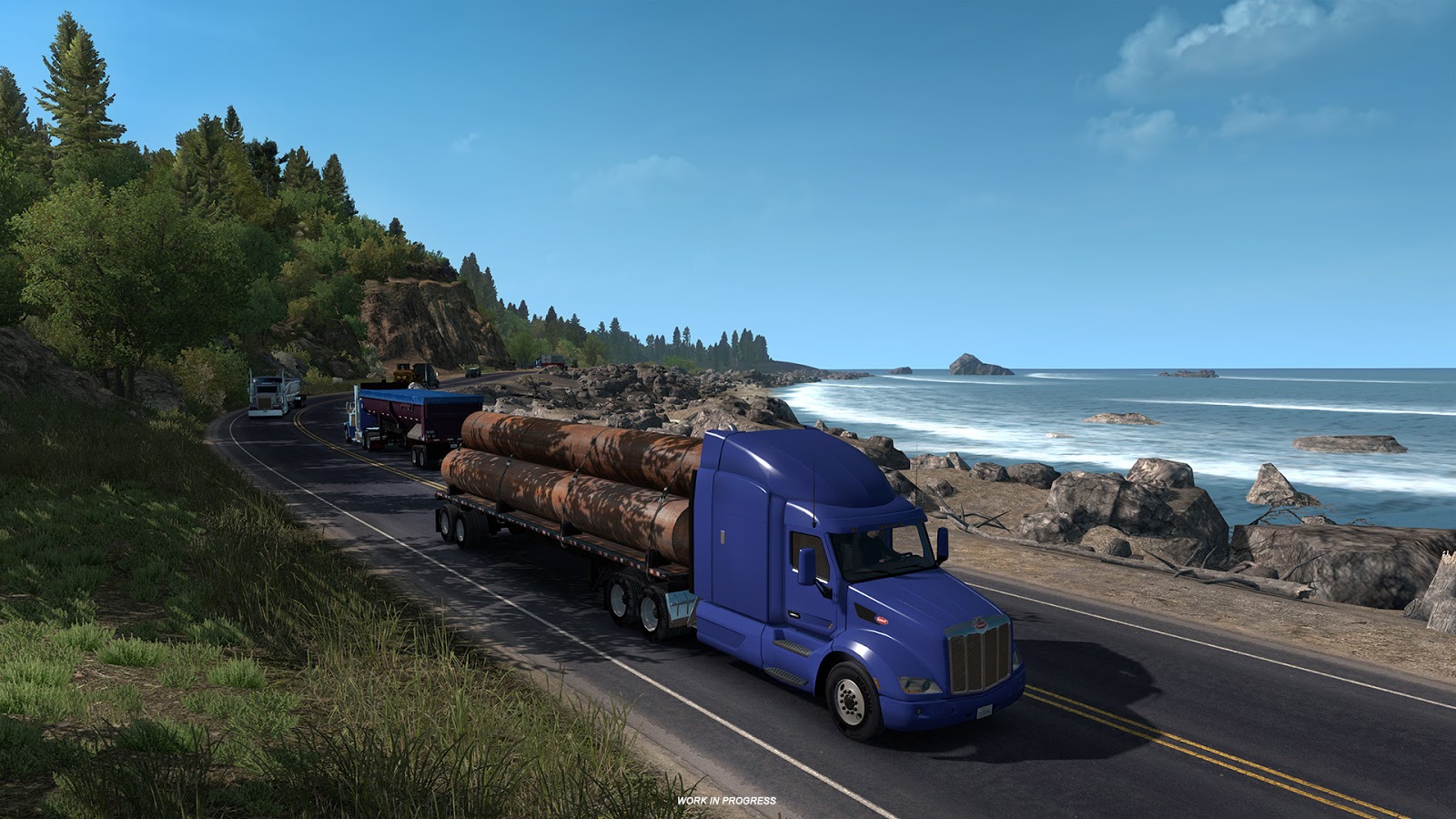 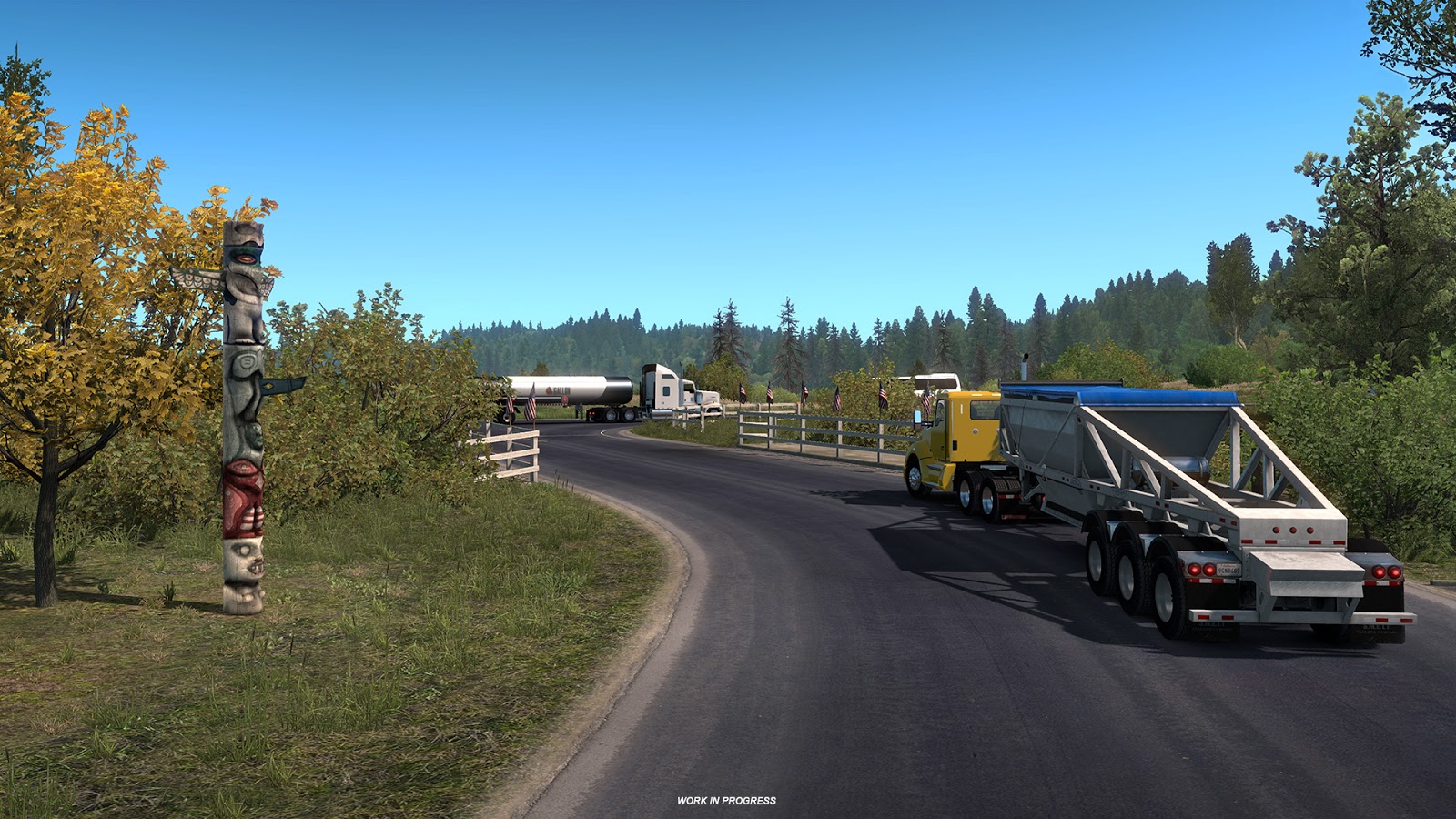 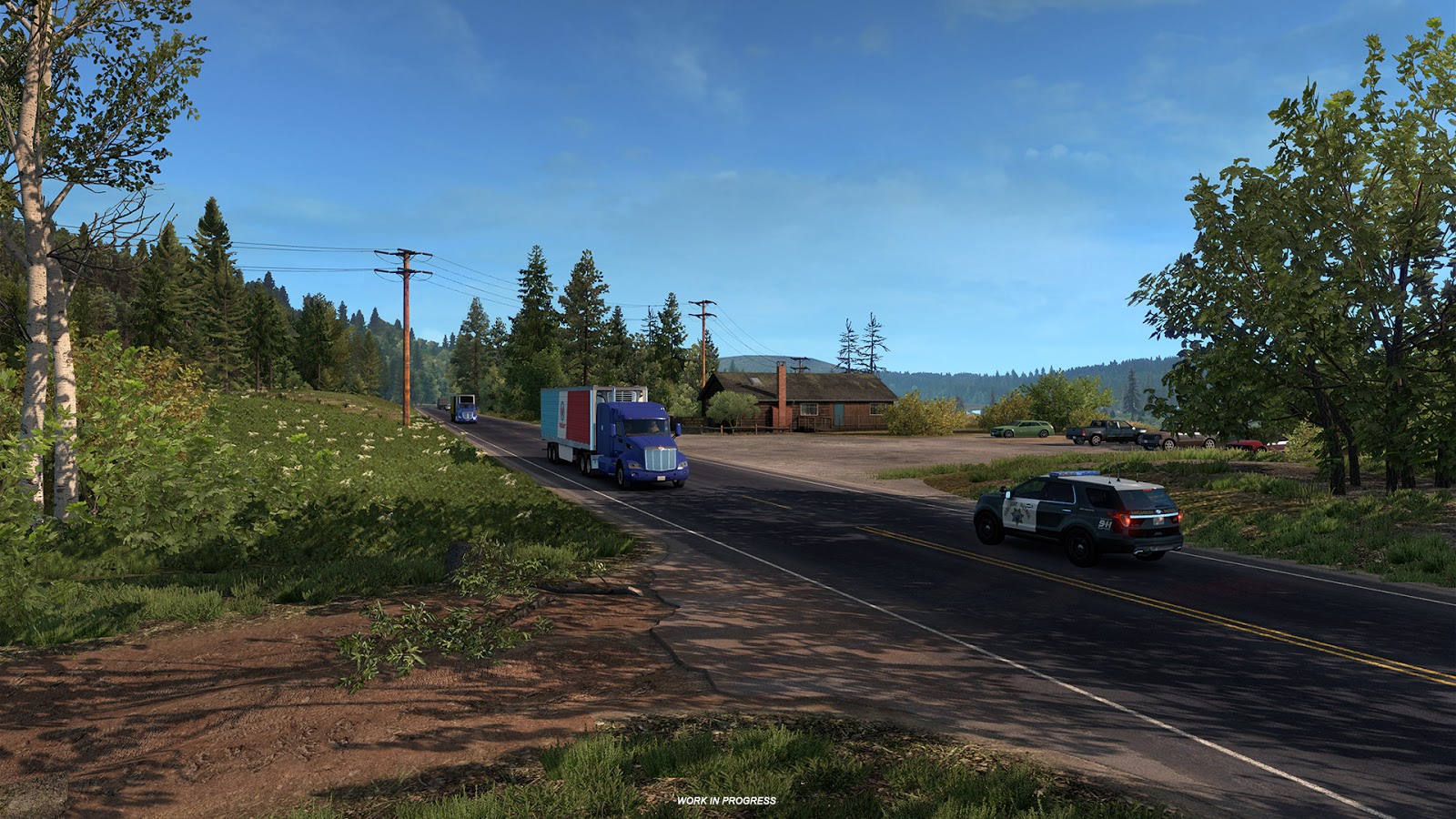 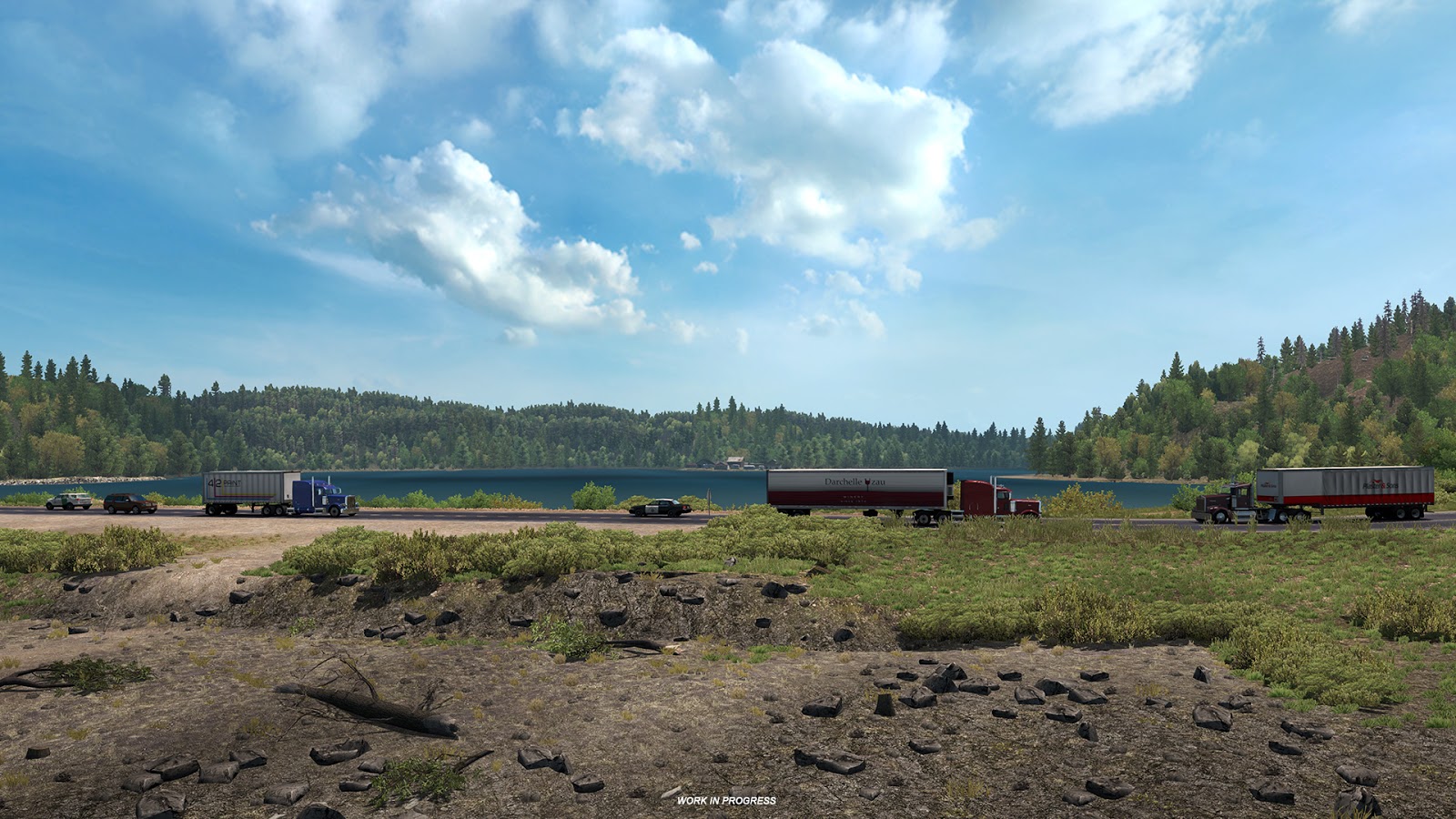 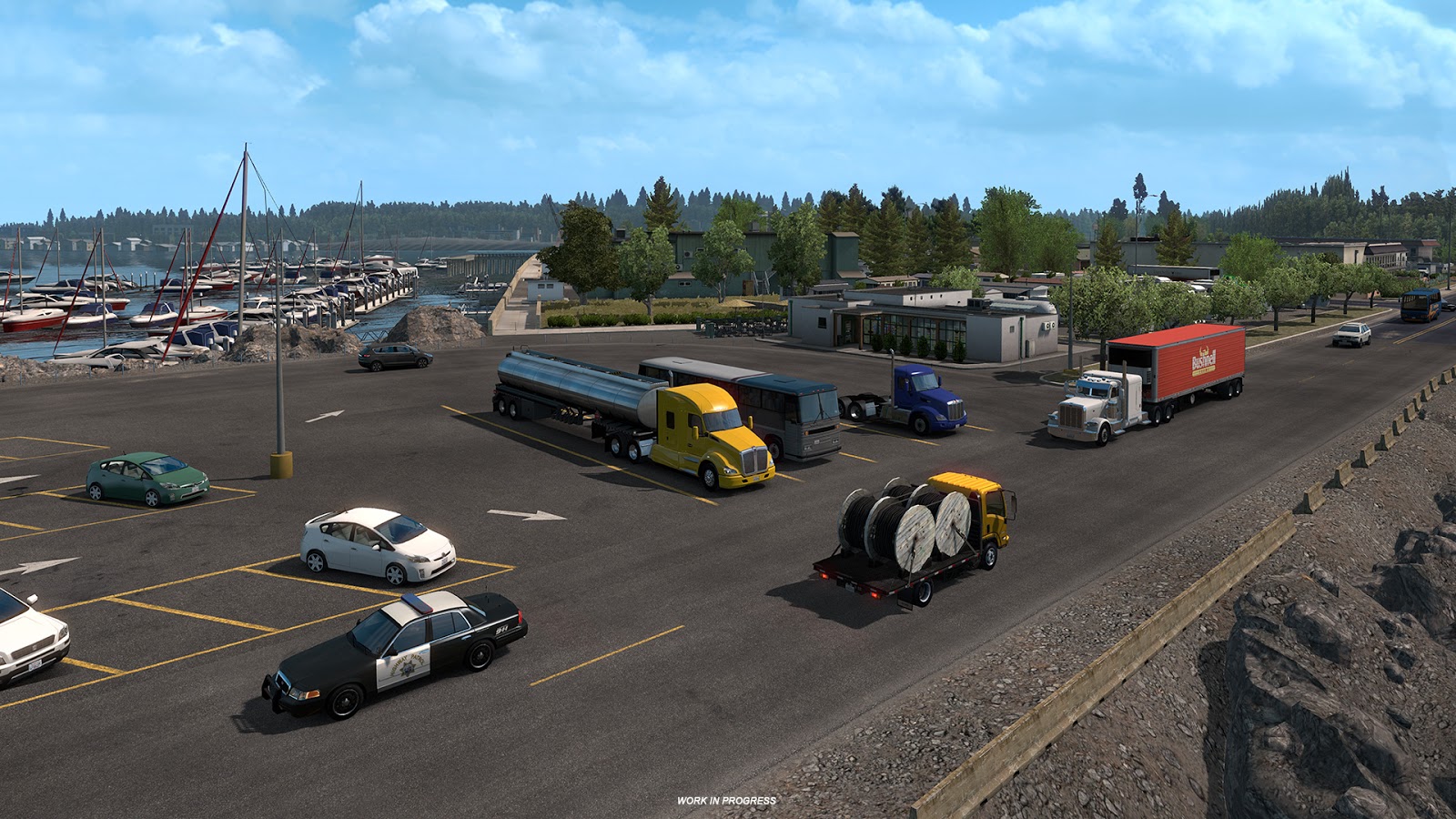 As a small added bonus SCS mentioned 'Washington State DLC' for the first time in their blog post, so who knows, I might have to make a new DLC topic once again soon...

Staff member
Site Admin
#13
Wow that's fantastic news and exactly what I was hoping for.

Here's hoping SCS continues this trend working Eastward one state at a time. If they keep going at this pace we may see the entire Rockies mapped out in the next year or two. I really hope they do the Rockies justice and give us cramped narrow areas with very steep grades.

Hardcore
#14
Allright! News from SCS; Oregon DLC will be released this October! 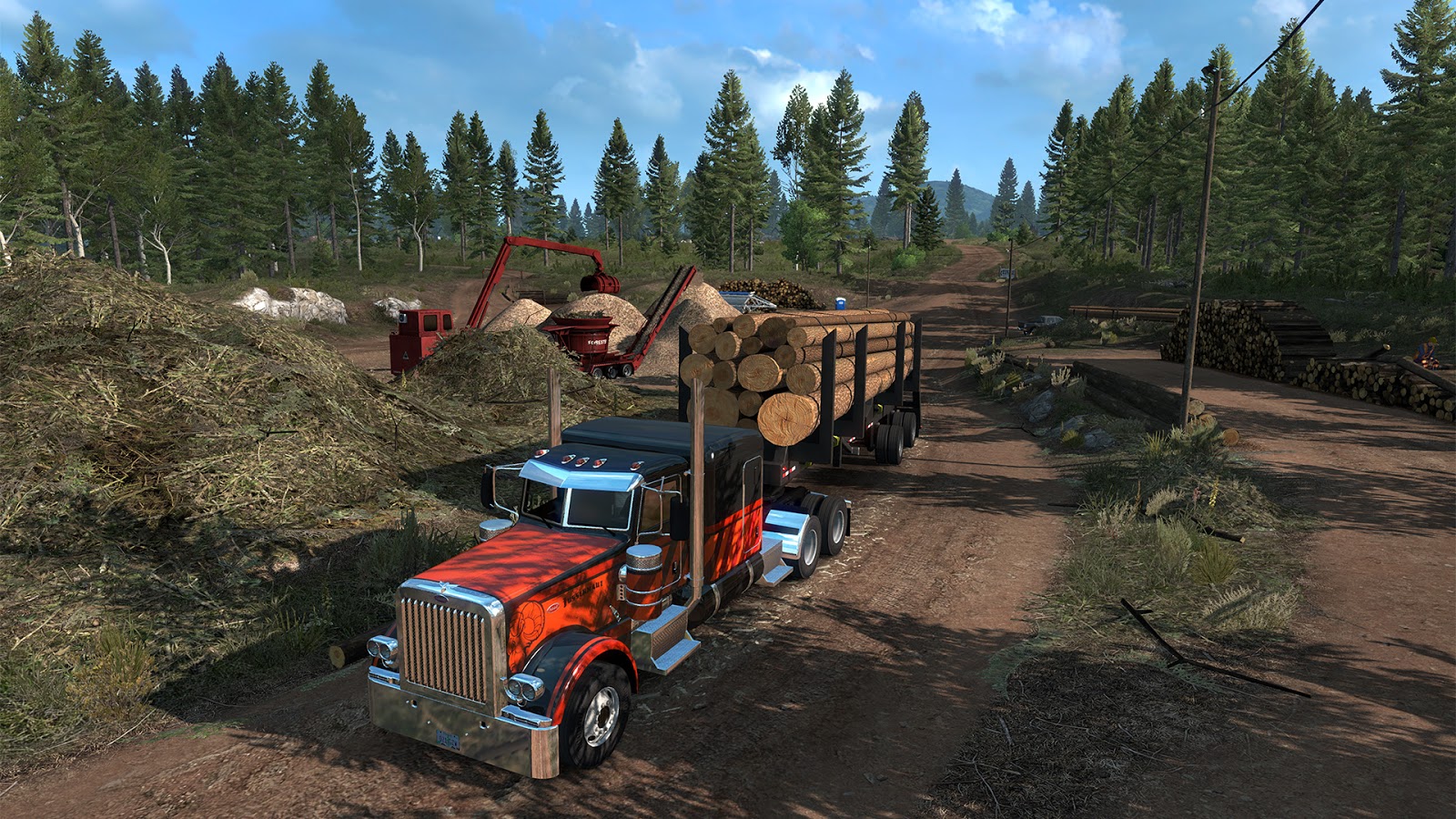 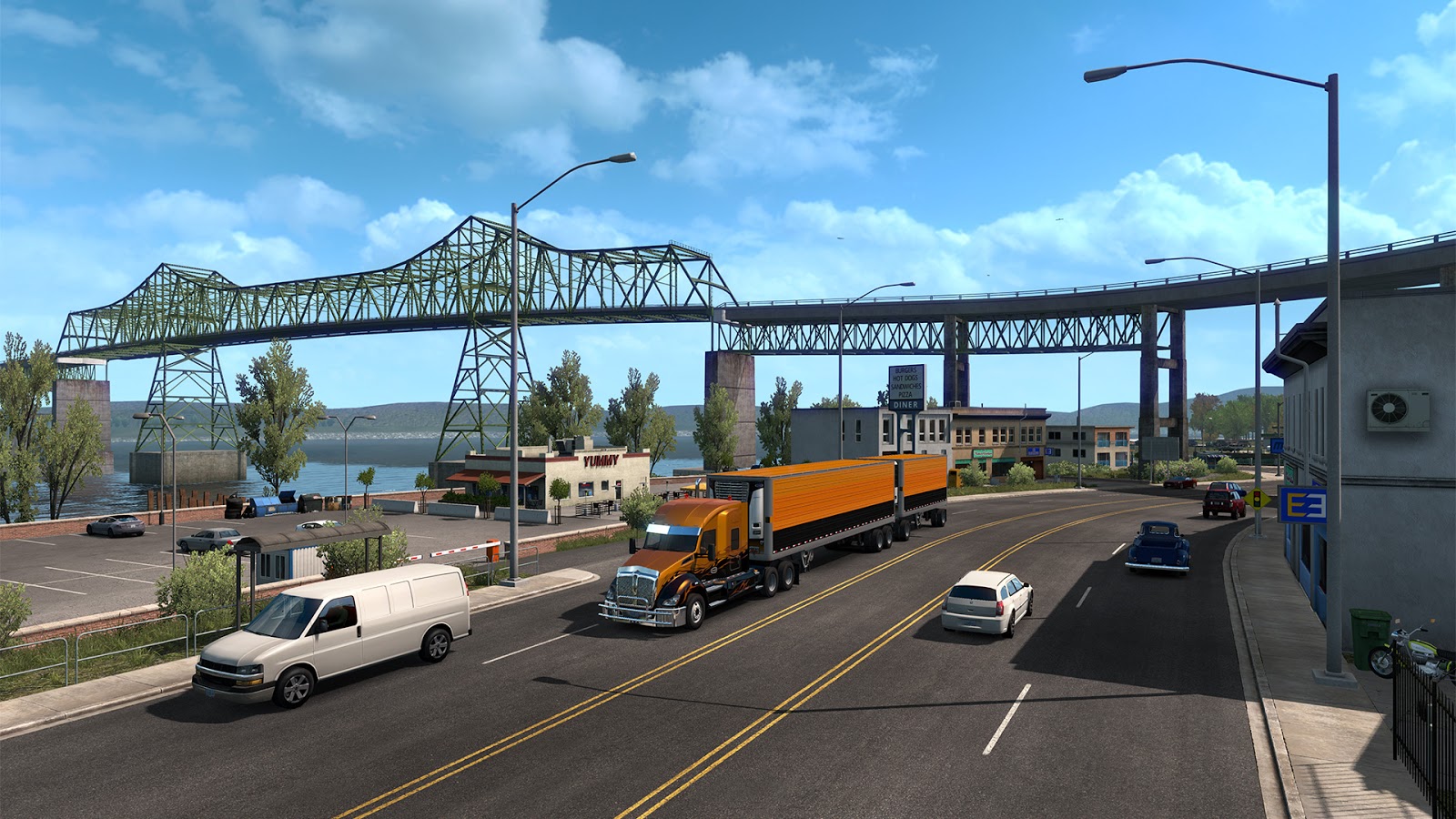 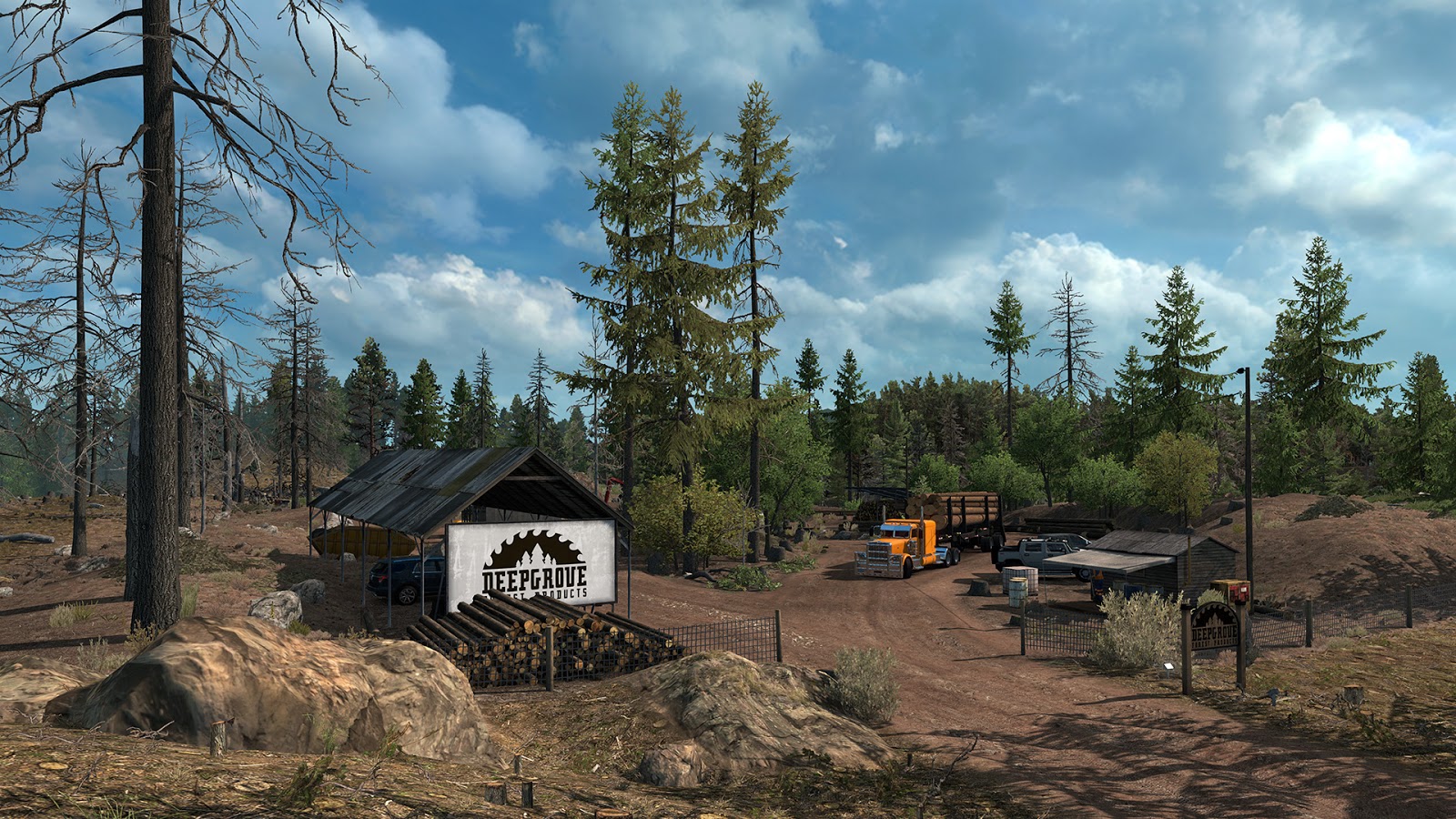 You can wishlist here:

Hardcore
#15
Aaaaaand we have a launch trailer;

Staff member
Admin
#16
I've actually been putting a lot of thought into this game recently, and....

Hardcore
#17
Ohh, nice Marc!
Have a good look at all settings for getting stuff as realistic as you can, I might have a few mod recommendations for you later
Good one!

Hardcore
#18
And we have a release date for the Oregon DLC; October 4!

Yep, that's next week! I will be getting this one

Staff member
Admin
#19
Does ATS, like Farming Simulator, require me to combine my pedals?

Staff member
Site Admin
#20
Skid_Marc_ said:
Does ATS, like Farming Simulator, require me to combine my pedals?
Click to expand...
I don't think so, at least I don't remember doing this with either ETS or ATS.