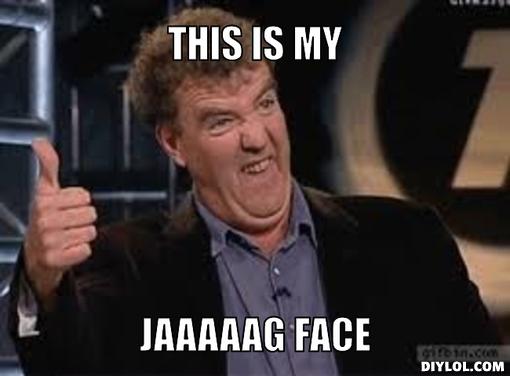 Super Mod
#42
These people flashing their lights all the damn time. Talk about your road rage. I'd brake check the person behind me if he kept flashing his lights like that. Seriously though, isn;t that dangerous to keep doing that to the driver in front? I mean it's hard enough trying to keep your concentration at night at those speeds with the fatigue etc. What's the point of the the light flashing? Are there any rules about it? The only reason I could see to do it is perhaps letting a car know you are about to lap them etc. but I'm seeing drivers doing it and they are still a way off the back of the car in front and not getting closer implying it's being done to distract/harass the driver in front?

Starting to get into this series now

MLG Pro
#43
Iracing has spa night and it's awesome!

As for flashing I dunno it is annoying though. I don't think it's a factor to the driver in front though.

Hardcore
#47
So apparently they are not allowing the stream on IMSA TV in the States for the Petit Le Mans.
Ways to watch -

IMSA TV - outside of US for the whole race

Super Mod
#48
Just dropping a quick note to say I'll be attending the finale of the British Touring Car Championship at Brands Hatch tommorow. They'll be running the Grand Prix layout for the final race weekend (they run Indy for the opening weekend). Really looking forward to seeing the drivers do their thing again, I've seen the BTCC trackside many times and they never fail to entertain, with a strong support race lineup too. Any one of eight drivers could take the title this weekend so it's all to play for over three races on Sunday. Good stuff.

I'll post some vids/pics in the fullness of time

Hardcore
#49
I am definitely envious little P. BTCC is one of my favorite series to watch (other two being V8 Supercars and Trans Am). Super exciting series. Looking forward to seeing the experience from your perspective.

Super Mod
#50
That's cool that there are some other BTCC fans out there, it really is some of the closest, exciting racing you will see anywhere in the world.

The finale was fantastic, the championship went right down to the wire, with Gordon Shedden trailing Sam Tordoff by 2 points going into the final, reverse grid race. He drove a perfect race, weighing up when to attack and when to defend and it was so close, but eventually he put some distance between him and Tordoff and then a car with a brilliant pass to secure the points he needed and become the first back to back title winner since 1997 and the heady days of Fabrizio Giovarnardi.

We watched from various points around the track and also I bought allocated seating trackside for this one as it was a bit special. Here is some footage from our view, the NGTC spec cars sound fantastic, my phone had a bit of trouble with clipping due to the sheer volume of the Subaru wagons, but the noise and smell of being so close to the cars at the entrance to Paddock Hill Bend was brilliant. Normally we watch further down Paddock or down by Druids Hairpin but it was such a good view here (we could see the entire Indy track and right in front of the Jumbotron to see what was happening in the GP section) we watched every race from this viewpoint.

It was pretty cool as we'd met Jason Plato before in the Paddock at Brands Hatch just before a race a couple of years ago (and I'm a fan of his) that he saw me filming through the guard fence, waved and gave the Subaru some beans (shown in this video)


We got to meet Shedden before the final race as he came to talk to some of the crowd, he then went in to the Halfords (sponsor) VIP tent to meet and greet but we managed to get in there

His team mate Matt Neal had a nasty off in the second race that left him with a trip to hospital with concussion but in true Shedden style he said this:


With all the other things to see and take part in around the track it was easily the best race event at Brands Hatch I've been to. Previously a BTCC weekend at Silverstone was the best I've been to but this weekend definitely took the top spot and we've decided we are going to try and attend the final weekend every year from now on!

MLG Pro
#51
Extremely jealous. No idea why the WTCC doesn't visit the US at all. Not sure how it can call itself the world touring car championship!

Here's an awesome picture of Magnus Racing at Petit Le Mans on Saturday:

Siiiiick. Apparently Magnus racing is the center of another DQ or penalty again (After being completely excluded due to a ride height issue during the VIR race, where they placed 4th). The VIR thing ruined their chances at winning the GTD category in the Weathertech series (they were second at the time). They argued damage to the car at a certain point of the race caused it. This time apparently is a bit more stupid though, they didn't meet the drive-time requirements of 1 driver (he needed to drive 2 or 3 hours... something ilke that) and so that caused an issue.

Super Mod
#52
Daunt said:
Extremely jealous. No idea why the WTCC doesn't visit the US at all. Not sure how it can call itself the world touring car championship!
Click to expand...

MLG Pro
#55
What a shame... Rebellion is ending its LMP1 effort. On the flipside, if there EVER was a time for iRacing to get a modern LMP1 car, it is now...

And the Dallara LMP2 car was spotted testing this week.

Moderator
#58
Here is a good indication of how fast GT3s actually are (15:08 and onward in the vdeo):

The whole video is pretty good to watch, intense racing in the slower class.

MLG Pro
#59
For those that don't follow PWC... the finale was this weekend at Laguna Seca. Several drivers were in position to win so it was bound to be a hard-fought race.

The race came down to a last-lap green/white flag, when O'Connell, a victor of the series for multiple years driving the Cadillac, restarting from the front led the field around for 1 more lap. With a victory he'd carry what I believe would be his fifth GT PWC championship. Just have a look at the last lap:


Now I hate the Caddys in this series... HATE them, as it has ALWAYS been OP (especially the older CTS V.R that we have on iRacing). I've always been a little tin foil-hatty when it comes to them... they don't race in any other series except for this Cadillac-sponsored series where they always seem to win...

With that said though, I don't really see a penalty... the race stewards (post race) determined it was an "avoidable contact" penalty and awarded him a 2.1 second penalty... (see here: http://world-challenge.com/latest/s...alize-oconnell-contact-pwc-gt-season-finale/#)

How the hell do you come up with that stupid time? Shouldn't that be a lot more of a penalty? Drive through? What the hell? Like I said though either way, I don't see it as a penalty. He tried outbraking him and stayed low. The Porsche should've went defensive.